My Life on the Fence 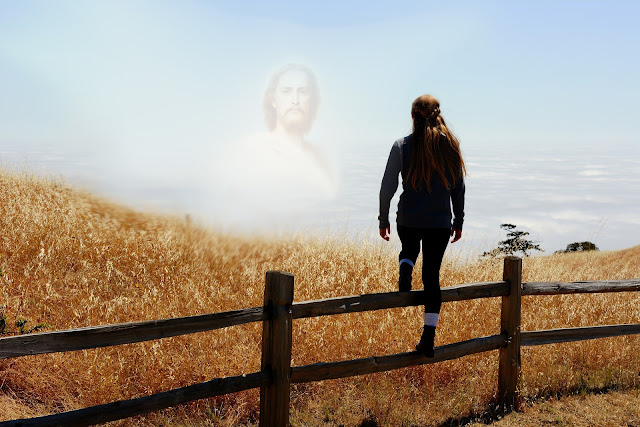 A cloistered nun told me, some years ago, that my life for God in the midst of the world was more difficult than hers. At the time, I didn't think that was possible. I did not have to rise every morning at 5:30, show up in chapel when a bell rang, and spend most of each day in silence.

In the twenty-five years since Sister said this to me, I've gained a better idea of what she meant. I believe she was saying that the framework of my life was one in which it was difficult not merely to live, but to live for God. Which is, after all, the point of life... to live for God.

The life of a nun would be impossible for me, because I don't have grace for it. Sometimes, however, I long for the framework of such a life. I long for physical structure to securely fence me in and keep me from getting sidetracked by things that are unimportant, frivolous or even sinful.

In the midst of a society that finds the very thought of living "for God" repressive, fanatical, and politically incorrect, I find myself not securely fenced in, but camped out and living on the fence. I don't intend to embrace the world's standards, but in my attempts to blend in with the rest of society, sometimes I just might find myself compromising.

The fence is where I settle in to watch a PG-13 movie while trying to close my ears to the language and my eyes to "those scenes." It's where I enter a party determined not to gossip, but wind up laughing along with those who do. It is where I know I'm to stand up for Christ, for life, for morality, for biblical truth - yet I pull back for fear of what others might think. In a monastery, questionable movies would not be seen, and speaking ill of others would be frowned upon. Distressing news items wouldn't be matters for debate, but for prayer. God would be the center, there, of everyone's life.

I realize that religious life is not utopian; I do know this. But I would love to live within a structure where prayer times are scheduled, outward distractions are minimal, and God is never forgotten. The world is crazier than ever at this point in time (yes, I realize that's an understatement), and sometimes I would love to just hide away from the insanity. But my call is not to do that. My call is to live for God, love others for God, and pray for God's loving will to reign over all.

My call is to step off the fence and live fully, not just partly, for God.


"Faith is one foot on the ground, one foot in the air, and a queasy feeling in the stomach." (Mother Angelica)

"Great saints have often been made out of great sinners, but not one was ever made out of a wimp." (Peter Kreeft)

"You cannot be half a saint. You must be a whole saint or no saint at all." (St. Therese of Lisieux)

"Do not be satisfied with mediocrity." (Pope St. John Paul II)

"You want to do something for the Lord.. do it. Whatever you feel needs to be done, even though you're shaking in your boots, you're scared to death... take the first step forward. The grace comes with that one step and you get the grace as you step." (Mother Angelica)