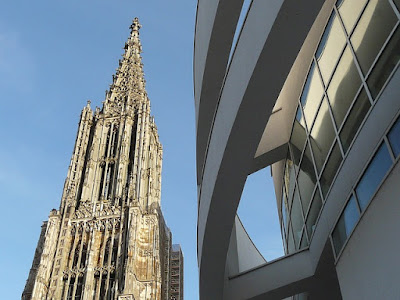 'Two cities have been formed by two loves,' wrote St. Augustine. 'The earthly by love of self, even to the contempt of God; the heavenly by the love of God, even to contempt of self.'

If any particular thing inspired the idea of the cloistered heart, it may well have been St. Augustine's The City of God. I had forgotten how much influence this classic's key concepts had on me - until I began looking (recently) into the significance of the ever modern, ever changing, ever self-exalting City of Man. We do not have to search for the meaning of life, insists the City of Man, for we make meanings of our own. Life and death are in our hands. Our births and genders and lifespans are under our control. People buy, sell, market, advertise, build, play, entice, euthanize, lie, mock, cavort, satirize in that city. That city stands as an icon to the transient glory of Man.

'Though there are many nations all over the earth... there are no more than two kinds of human society, which we may justly call two cities.... One consisting of those who live according to man, the other of those who live according to God. ...To the City of Man belong the enemies of God... inflamed with hatred against the City of God.' (St. Augustine)

If we want to live for God, we won't find life easy in the City of Man. Yet we are in the midst of it. We have grown up in it. We're influenced by that city whether we want to be or not.

Thankfully, there's another alternative. There is an everlasting City of which God is the Center. He is its Author and Savior and Life.  God is the Chooser of times in This City. He is allowed to be, here, the Absolute Truth that He in fact IS. If we are living for God, our everlasting citizenship is Here.

'As you well know, we have our citizenship in heaven.' (Philippians 3:20)

'The first city is that of the just, the second is that of the wicked. Although they are now, during the course of time, intermingled, they shall be divided at the last judgement... The earthly city, which shall not be everlasting... has its good in this world, and rejoices in it with such joy as such things can afford...  it desires earthly peace for the sake of enjoying earthly goods.' (St. Augustine) 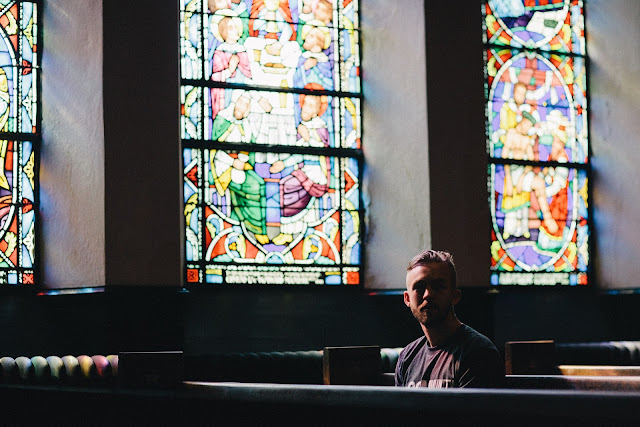 Reading these words years ago, I began to think of the Church as an embassy. To step into a church building is to step into a space set aside, a space representing the City of God in the midst of the city of man. I live surrounded by the earthly city, but the City of God is where my allegiance lies.

'This heavenly city, then, while it sojourns on earth... avails itself of the peace of earth, and so far as it can without injuring faith and godliness, desires and maintains a common agreement among men regarding the acquisition of the necessaries of life.' (St. Augustine)

I can live within the city of man (I realized years ago) as a monastery might exist in the middle of a city. In it but not of it. A citizen of God's Kingdom in the midst of the city of man.

The City of God by St. Augustine is readily available online and in bookstores, and can be found by clicking here.