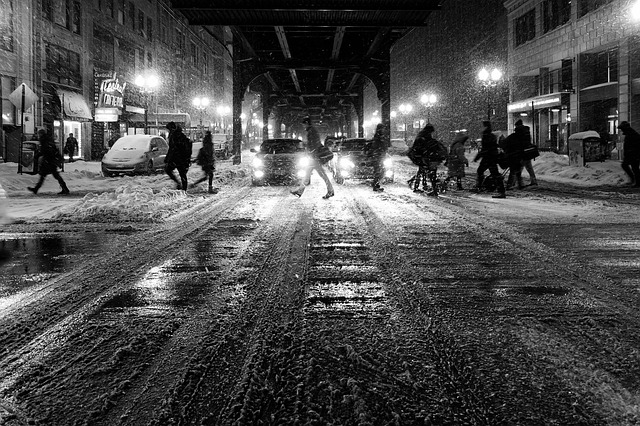 I was a child when I discovered the 'path in between' church and world. I had no idea, of course, that I was 'discovering' anything. I was simply a little girl who was sent off to school each weekday on a city bus.

My Catholic grade school was in the center of a small midwestern city, the kind that did not (yet) have looming skyscrapers but did have tall buildings. The world was safer then, and a child could board a bus alone in her neighborhood and hop off right in the middle of town. No one was concerned about a nine year old girl walking three blocks from bus stop to school in the early morning dark.

While the city was much smaller than, say, Chicago, it had a similar kind of bustling atmosphere. 'Downtown' was the center of business and shopping in those days. Early morning streets were filled with businessmen heading to offices in suits and ties, usually toting leather briefcases. Women clicked along sidewalks in high heels, wearing skirts or dresses (never pants; oh heavens no), most likely to work in one of the tall buildings.

I took it all for granted. Rushing people, blaring horns, blinking lights, the swoosh of tires through rain or snow, lines of buses at every corner - these were not urban life to me. They were simply... life.

First stop every school day was the church, for our days began with Mass. I would open one of the tall, heavy old doors and slip into a world apart. The Sisters didn't have to tell us to be quiet; the church itself did that. To speak above a whisper would have been to violate an ancient hush. I did not have to think such a thought to know it. I was entering a vestibule of heaven.

City sounds could still be heard, but as though far off in the distance. In here, no one rushed. In here were no fumes, no traffic lights, no conversations. Just incense and beeswax, a flickering of candles, the soft hum of Latin from the altar. It was a place apart.

Only in the last few days have I realized: my early experience of going from world into 'place apart' was a perfect preparation for having a cloistered heart. The church building, which (thank God) is still there, has been set apart as a place where Jesus can be loved and worshiped in the midst of the world. In the middle of what is now considered 'inner city,' it is a dedicated, consecrated, holy space. 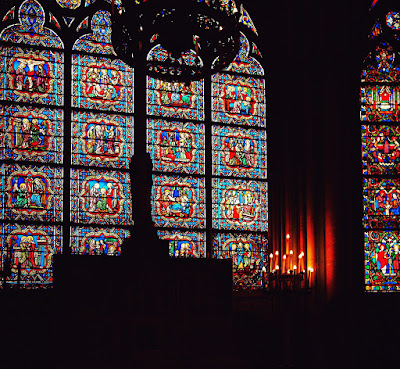 And no matter what goes on around, Jesus Himself dwells within.

'The Indwelling in me of the Holy Spirit implies that like the Church, the Altar, the Tabernacle, I am consecrated to be the temple, the house, the home of God Himself... My body is the Spirit's chosen dwelling place, a privileged altar.... Gladly I accept this great vocation, this high honour, this immeasurable dignity, to be Your temple, Your altar, Your house, Your home. (from "Listening to the Indwelling Presence," compiled by a Religious, Pellegrini, Australia, 1940)