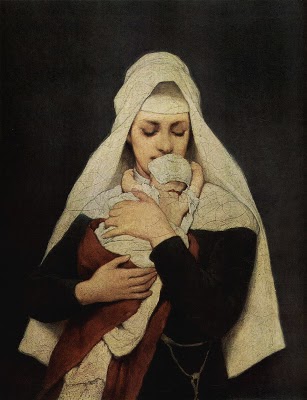 My "snapshot" this time is several years old. It's a moment from our archives, a tender memory from 2012. It is, however, more than a memory. By the grace of God, I keep on holding, keep on loving, keep on swaddling with prayer.....

"As my lectio drew to a close this morning," I wrote in 2012, "something happened.

But it hit me:  this 'call to hold' may well be a nudge from God. I think it is a spiritual call, not a physical one.. and certainly it's in line with the call each of us has (to some degree or other) to pray for and help those in need.

So today I am saying yes, as an act of faith, and I'm 'spiritually adopting.'  There are so many little ones in imminent danger, ones so tiny that some dismiss them as not human.  There are infants whose parents have been told 'there might be something wrong with the fetus.  Our advice is to abort.'  There are newborns lying on cold metal tables, their skin burned with saline, ignored because their mothers, after all, did not want to carry them to term. Leave it alone, a nurse is told, forget it.  It's not a baby.

Not-A-Baby utters a pitiful cry, flails its little arms, reaches out with tiny fingers to grasp its gift of life. It IS a baby - a tiny, helpless, wounded baby who needs someone to care, to love, to hold.

I swaddle in prayer.  I cuddle with intercession. I hold a tiny one in my heart, and I say yes. I will work for you, O tiny one, I'll be your advocate however I can. 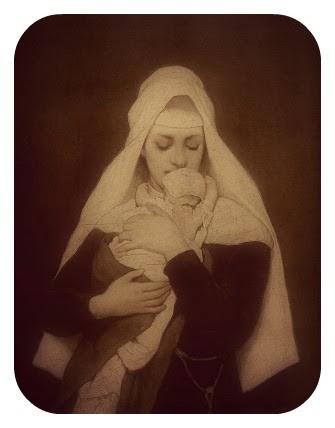 'The mere probability that a human person is involved would suffice to justify an absolutely clear prohibition of any intervention aimed at killing a human embryo.'  Pope John Paul II (Evangelium Vitae)

Email ThisBlogThis!Share to TwitterShare to FacebookShare to Pinterest
Labels: life