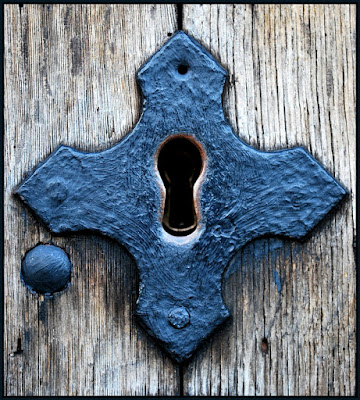 "When it’s God Who is speaking.. the proper way to behave is to imitate someone who has an irresistible curiosity and who listens at keyholes.  You must listen to everything God says at the keyhole of your heart."  (St. John Vianney)

Lectio Divina is so central to monastic life that I’ve often hesitated to write about it, for I am terribly aware of my inadequacies to explain.  But lectio itself is not about explanation.  It’s not about study, not about intellectual speculation.  Lectio is about listening and noticing and hearing and responding.  Lectio is about love.

Lectio Divina is reading of Sacred Scripture, but with a specific purpose.  That purpose is not to gain information, but to interact personally with God. To illustrate how this has operated in my own life, I’d like to share about a time when I prayed with Psalm 63….

Opening with a prayer that God would lead me, I began to read.  I spoke the first words directly to Our Lord:  “God, you are my God whom I seek.”  My practice is to read, slowly and prayerfully, until something particular grabs me.

Soon I was echoing words of the psalm, asking that my lips would glorify Him.  The next verse (5) had me telling God I would bless Him as long as I live.  I prayed for the grace to do just that:  for the grace to praise Him throughout that day and throughout my life…

That’s when I felt He “spoke” something to me.  This was not in words... it was simply a gentle sense of awareness that to bless Him as long as I live means that ... wow!!! ... I can bless Him forever!  Jesus has come and opened to me the doors of eternal life, so I can praise Him forever!

I told God this was the best thing I could imagine about eternal life.

I went on, awhile later, into prayer of intercession for several people who came to mind, asking that they be given grace to seek God and to bless Him forever.

The practice of praying with Scripture is central to monastic life. It is central to allowing God to lead His people to the graces of contemplative prayer.  It's not just for those in monasteries; it is also for you and for me.

I lean in closely to listen....

"Every day will I bless You, and I will praise Your Name forever and ever.  Great is the Lord and highly to be praised; His greatness is unsearchable.  Generation after generation praises Your works and proclaims Your might.”  (Psalm 146:2-4)

This is a slightly edited repost from our archives. It is linked to Reconciled to You  and Theology is a Verb for 'It's Worth Revisiting Wednesday.'