Revisiting a Cry of Charity 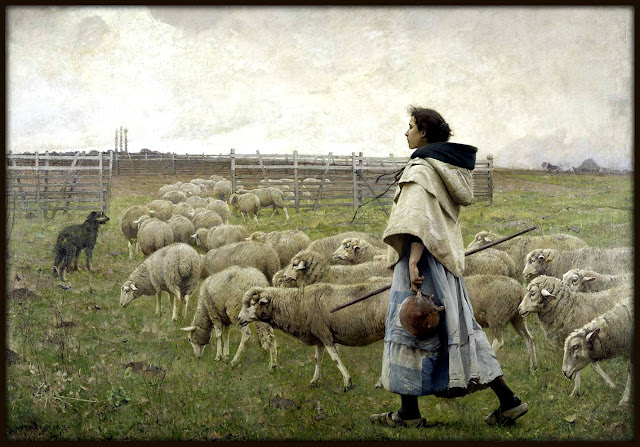 Most people don't realize who they're quoting when they speak of catching more flies with honey than with vinegar.  I was well into adulthood when I learned that this bit of wisdom had come from one of my favorite saints.

"You can catch more flies with a spoonful of honey than with ten barrels of vinegar." (St. Francis de Sales)

I often think of this in connection with another quote from this Doctor of the Church.

"It is an act of of charity to cry out against the wolf when he is among the sheep"  (St. Francis de Sales)

These two thoughts may not appear to have much to do with one another.  But in my mind, they work together.  In fact, I often strive to "navigate between them," as one might drive between two lines painted on a highway to keep vehicles moving safely.

As one of Our Lord's sheep, I am seeing wolves among us.  I'm not thinking of people, but of ideas and ungodly "values" that creep in, usually in sheeps' clothing.

These generally enter in the name of freedom, tolerance, rights, pleasure, peace, fairness, love, correctness, justice for all.  Not wanting to be unkind, we can let them prowl freely among our families and nations and parishes without our uttering so much as a whisper of protest.  We don't want to rock boats, ruffle feathers, stir waters, or cause anyone to be uncomfortable.  We'd like to be charitable.

It takes a lot to cry out against wolves.  But if we know the truth and do not speak up for it, are we acting in genuine charity toward the sheep?

Francis de Sales would say no.

However, there are a couple of ways of speaking.  We can lash out in anger, in sharp words that can sting and personally wound our "opponents"... in other words, we can dish out the vinegar.  Or we can speak in honeyed tones.  Not fake ones, but in words and actions spoken from a heart of love.

How do we have such a heart when we feel anything, perhaps, but loving?  We pray.  We seek God.  We fast and sacrifice.  We ask for wisdom.  We dive into Scripture as if our very lives depended on it; because, really, they do.

We trust that God will show us when and how to act, when and how to speak, when and how to offer truth.  We do well to remember that ears tend to turn off at the sound of vinegar.  The truth we're trying to communicate can pass by totally unheard if we allow frustration and anger to "vinegar-ize" what we say.

We are seeing wolves among us. We find them in the media, in politics, in laws and schools and so many "areas of et cetera" that this page isn't long enough to list them.  They rob children of innocence, families of stability, societies of integrity, preborn babies of life, and individuals of eternity spent with God.  The cost of our silence could be staggering.

But we dare not speak without honey.

We dare not speak without love.

This is a respost from our archives. It is linked to Reconciled to You and Theology is a Verb for 'It's Worth Revisiting Wednesday.'
© 2016 Nancy Shuman.
thecloisteredheart.org