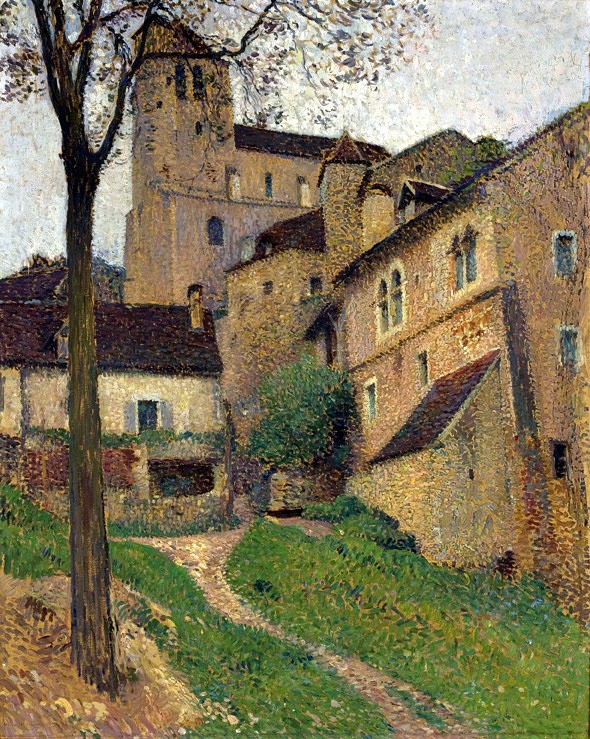 And it occurs to me.

Minute by minute heroics is a good way to cooperate with God in constructing the monastery of the heart.

I am being given thousands, millions, of minutes to live on this earth. Each is insignificant compared with the whole .. but each one, added to each other one, is absolutely necessary to make up my life. I have the minutes, I have the mortar of free will, and I have the Architect's plan of Scripture.

In recent weeks, I have recognized one seemingly inconsequential way in which I haven't been following the plan all that well. Sometimes I grab a few perfectly good, newly minted minutes, and slap the mortar on them with a snarl. I have not considered this activity significant at all, because my snarls have been directed at "things." At inanimate objects like misbehaving computers, spoons that leap out of my hand onto the floor, remotes that play hide-and-seek.

I am anything but heroic when these items play their tricks. Huffs and grumbles and loud sighs pop right out of me in search of the offending object. "Take THAT snarl, you rotten, jumping spoon!"

I don't do this when others are around. At least - not when they're in the same room. Or, well, not when anyone is actually paying attention. Or, well, that's how it started. It began as a casual hrrumph here, an innocent snap there.  So what if it's becoming more of a habit?  It isn't as if it's hurting anything. Except, of course, a few hyperactive spoons.

But the development of such behavior is far from heroic. It is pulling me away from "heroism" toward a grumbling, critical habit of internal whining. If I let it, it can alter the way I look at life. It certainly is not seeing things "through the grille."

Having suddenly realized this, I am asking for grace to overcome my misuse of minutes. Minutes, each one precious, each one individual, in which I have the chance to be heroic. Not just passably good enough, but heroic. I don't have to give in to big sins, and I don't have to indulge in moments of whining.

If I am tempted to grumble - why, look at the opportunity I'm being given! I can resist the temptation, and I can thank God in that very moment. Thank You, Lord, that I have a computer on which to write of Your goodness, and if that device is acting up right now, give me patience to deal with it and to turn this moment to good. Thank you for a TV... may we use it to Your glory.  And thank You, Lord, for plenty of food to eat - I truly don't thank You enough for that. And thank You that I don't have to eat it with my hands.

Thank You for a nice, washable floor to catch all my spoons.

Painting (including detail): Henri Martin, in US public domain due to age