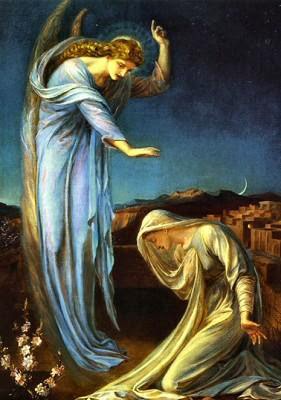 This time of year can bring both blessing and hassle.  Holy meditations, carols, the contagious wonder of wide-eyed children...  these unwrap great blessings and usually great fun.

Think of it.  Mary was living a quiet, hidden life.   She was betrothed.   Then one day an angel appeared to her, and with that Holy Interruption Mary’s life was changed forever.  As was Joseph’s, as was yours, as was mine. 
With Jesus' arrival in the flesh, God interrupted our misery.  He opened to us the path to salvation.


You are invited to leave a comment in the 'Parlor'